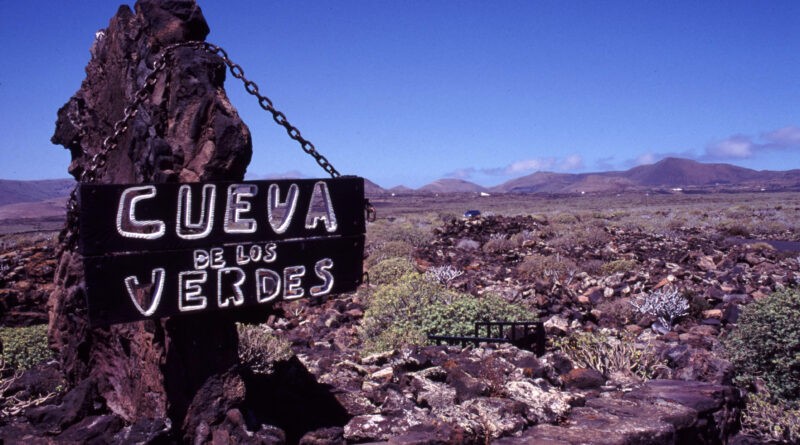 The Cueva de los Verdes is a popular attraction in Lanzarote. Although “cueva” literally means “cave”, it is actually an underground volcanic tunnel, and not a cave. In the past, the Cueva, located in the area of the municipality of Haría, was of great importance for the island’s population.

A cave as a pirate hideout

In historical reports it can be read that the cave was used to protect against the frequent pirate attacks, especially in the 16th and 17th centuries. When pirate ships were sighted, the population hid in the extensive tunnel system.

During the waiting period, the Cueva de los Verdes was primarily used to pray. They prayed that the pirates will soon leave the island again, that the house and yard are still standing when they leave the cave, or that no one from the village was caught and kidnapped. Crammed into the darkness of the cave, there wasn’t much to do but wait and pray. There were various viewpoints on the island to warn people in good time. The poorer rural population in particular used the volcanic tunnel in the north of the island for protection and as a hiding place.

For the rich, on the other hand, the Castillo Guanapay near Teguise was available. Usually the pirates docked on the coast off Guatiza and started their looting of the island from there. Their motives were simple: looking for food and taking away anything that had a certain value. This sometimes included people who were subsequently enslaved as workers.

The Cueva de los Verdes offered an almost perfect shelter for the poor farm workers. The only obvious entrance was very difficult to access and therefore relatively easy to guard. The Lanzaroteños were able to supply themselves with water and food at night via a second, secret entrance. Where the well-kept secret of the Cueva can be found today, water used to be filtered from the lava rock.

If there was time, everything that was necessary for survival was collected before going to the Cueva: grain mills, the meager yields of the fields and farm animals such as goats and donkeys. Only when the scouts confirmed that the pirate boats had cast off could the people leave their safe but uncomfortable refuge and resume their normal life. Until another pirate boat was sighted.

Incidentally, the name of the Cueva does not refer to the color green (Spanish: verde), as is often assumed, but to the surname Verde. The Cueva de los Verdes is therefore the Verdes cave, on whose territory the tunnel lay.

There is a concert hall in the volcanic tunnel, where sometimes events and concerts are celebrated. The lava environment ensures special acoustics in the concert room. Attending a classical or jazz concert in this unique setting is a great experience.

Another famous attraction in Lanzarote is part of the same tunnel system: Jameos del Agua, redesigned by César Manrique. During the eruptions of the La Corona volcano about 3000 to 4000 years ago, the lava flowed down the slope towards the sea, forming one of the longest known lava tunnels on earth.

Visit: A 40-minute guided tour is offered, during which you walk through various galleries in the tunnel system. The tour is about 1 kilometre.