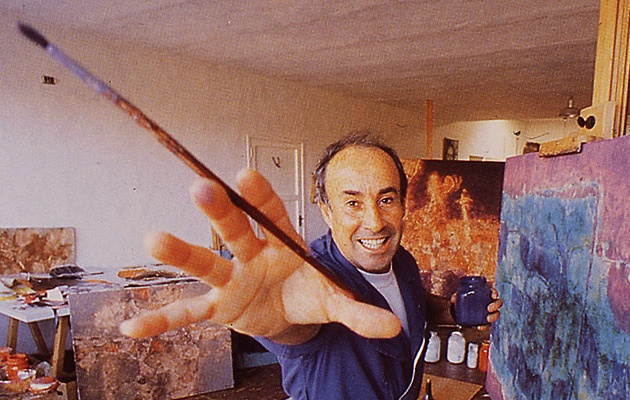 United and undivided is the opinion that the development of Lanzarote is due to the name and work of one man, artist and architect, Cesar Manrique (1919-1992). Manrique had a major influence on the planning regulations on the island and dedicated his lifetime to create a harmonic blend between the unique landscape and humanity. The artist created the well known tourist centres such as Jameos del Agua, Mirador del Rio, Jardín de Cactus, Monumento al Campesino and the National Parque Timanfaya. Also there are many wind sculptures dotted around the island you will see on your travels. All these are some of the best examples of his unique approach. Many of the existing traditional villages of the island have maintained there original flair because this painter, sculptor and architect fought with so much passion and energy for his island.

Maybe the most impressive of all the tourist centres is the volcanic tunnel
Jameos del Agua. In the volcanic tunnel with its partly broken ceilings Manrique created a complete and paradise-like piece of art, which represents with its subterranean connection to the sea, many subtropical plants, an elegant pool and a naturally formed auditorium in the clearest way the magical power of the island. Often you can experience how the visitors shortly after entering, change to a really tranquil mood you wouldn’t normally find in other tourist attractions. Living in the salt water lake inside the tunnel are small white crabs that are usually only found thousands of meters below sea level. Surround sound music at this venue enables you to enjoy this unique atmosphere whether by the small lake or in the restaurant near by. A visit in the evening is highly recommended.

Another tourist centre worth a visit is Mirador del Rio, in the north of the island. Here you have magnificently breathtaking views over the neighbouring island La Graciosa. From the outside this viewpoint is hardly visible, Manrique removed the mountaintop, installed the magnificent interior with shops and a restaurant and finally topped it again with the stones. You can also visit the Jardín de Cactus in Guatiza with its impressive collection of 10.000 cacti from all over the world. In the big cacti fields of the village (where still the cochineal insects are cultivated of which the colour carmine is produced) Manrique realized in 1990 in a natural arena his last great work.

An absolute “must” on Lanzarote is the National Parque Timanfaya. Over 167 square kilometres of lava fields proves to be one of the biggest in the world, which was formed by the volcanic eruptions in the years 1730 to 1736. The totally inhospitable moon landscape has become the symbol of the island. The numerous massive craters, the lava with its bizarre forms and the huge ash fields offer a fascinating view. When the afternoon sun baths the volcanoes in the most shimmering colours you will understand why this park is called the Fire Mountains. There are two different ways to experience this incredible landscape, on the back of a camel during a 20 minute ride through the lava fields or you can visit the official visitor centre Islote de Hilario and take the bus tour through the park. After the tour, there are demonstrations showing the existing heat of the volcanoes (about 400 degrees at only six metres deep).Water is vaporized and whole bushes start to burn once thrown into holes in the earth. In the restaurant of the centre you can try fish or chicken, grilled on the volcano grill, powered only by the heat of the earth.