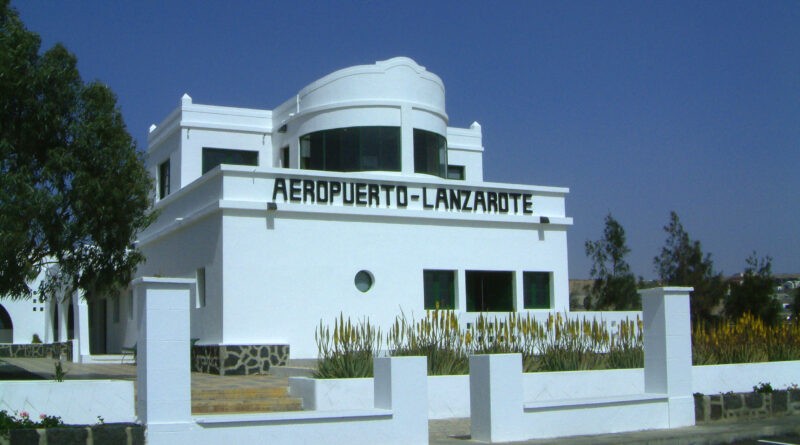 Since 2006 the Lanzarote Aviation Museum has been open to the public in the premises of the first passenger terminal of the island’s airport. A good ten years of planning have been invested in the ambitious project, which offers an excellent insight into the history of the island.

The gate to the world

Since the airport is the most important gateway to the world, the history of aviation in Lanzarote is also a reflection of the development of the island. In addition, the Lanzarote Aviation Museum is the first and only museum in Spain that is exclusively dedicated to an airport.

The museum has ten different exhibition rooms, each dealing with a different aspect of aviation. Among other things, there are numerous photographs of the beginnings of aviation in the Canary Islands and Lanzarote, audio-visual projections present personal stories of former airport employees or extremely interesting aerial photos of the island from the 1930s.

In the former tower you can marvel the ancient devices or visit the meteorological station next door. Data and anecdotes from the airport’s history can also be accessed on various computers. A very special gem, however, is a mural that César Manrique made in 1953 for the first terminal. The little-known work of art summarizes the entire history and culture of Lanzarote.

In addition to the large amount of information, the actual building, which was in operation from 1946 to 1970, is also worth visiting. Together with the photographs on display, the small terminal gives you a sense of how barren and simple the island was until well into the 20th century.

NOTE: Due to the current Covid19 rules, the museum will remain closed until further notice

To visit the Aviation Museum Lanzarote, you need to register by telephone (928-84 63 65). Among other things, guided group tours are also possible, according to the museum management also in German and English.

The museum is easy to find by driving towards the main terminal on the airport grounds. On the right-hand side a small street turns, a sign “Museo” shows the way. The museum is located in the municipality of San Bartolomé.